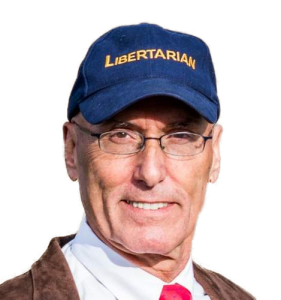 His family moved to Maquoketa, Iowa, when he was 8 years old.

He attended Iowa public schools through eighth grade, then won a scholarship to attend Phillips Academy in Andover, Massachusetts, where he graduated in 1969, in spite of a fair share of authority problems encountered along the way.

He attended Menlo College in Menlo Park, California, for one year, then came back to Iowa for a summer session at Clinton Community College, where he failed to excel. His mother enrolled him at Iowa State University without his knowledge or permission, but it turned fortuitous when the summer ended and Rick had no other plans. 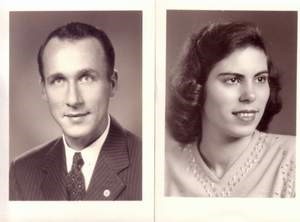 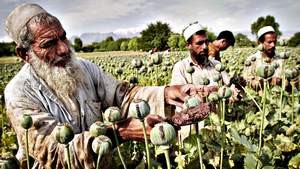 He lasted for one mind altering semester before dropping out and taking an extended mind expanding trip to Europe, the Middle East, and Asia. We’re being somewhat frivolous – the foreign trip involved only hashish, getting progressively better as he moved from Morocco to Lebanon to Afghanistan, where the freshly hand pressed Afghani black cost two cents a gram (later the War on Drugs gave the Afghans the opportunity to get into the heroin business, with which they financed the Taliban and you know the rest of the story). Returning to Maquoketa after two years on the road, Rick sought profitable employment and found it as a member of the Maquoketa Police Department.

His Chief of Police Buddy Olson became a lifelong friend, but Buddy was forced to execute the onerous demands of the Mayor to fire Rick when he refused to shave off his beard (extremely short, well trimmed, quite unlike any of his various other beards).

Rick took a job as a carpenter’s helper for a few months before moving to Cedar Rapids. He owned a van, he owned a motorcycle, he had $5,000 in cash and he planned to make a five year South America run, but he wanted to learn how to fix the innards of the vehicles before he took them out of the country and subjected himself to shade tree mechanics.

He never made it out of Cedar Rapids. Two years later he had a degree in Agricultural Mechanics from Kirkwood Community College, a van, a motorcycle, a wife and baby, and $5,000 of very non-liquid inventory – herbs and spices (the legal kind). Frontier Cooperative Herbs had been born (a few days before the baby).

Frontier consumed the next 24 years of his life, but it was a joyous ride. From just a hobby in a cabin to a $40 million business with 300 employees Frontier never rose to the number one spot in Rick’s life, however, which was occupied by raising his four children. And at times Frontier was only a poor third behind getting a BA from Coe College and an MBA from the University of Chicago.

In 1999 Rick called it quits and started travelling the world again. A year and a half in Paris, a summer in Spain, a permanent apartment in Guatemala, four months studying Chinese in Beijing, four children married (and two divorced), visits to Burma, Cuba, North Korea, and quite a few other countries filled his time to the brim. Somewhere in there he hiked the Appalachian Trail, and he was planning to ride his mountain bike the length of the Mississippi River one summer until this election thing came along. 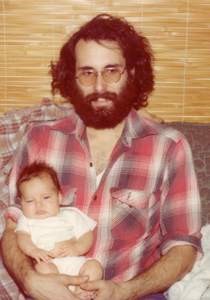 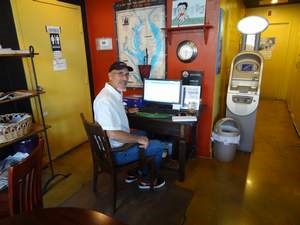 You see a funny thing happened in 2012. Rick’s favorite presidential candidate was neither a Republican nor a Democrat, but a Libertarian – Gary Johnson, former governor of New Mexico. It didn’t take a crystal ball to see Gary’s chances wavered between slim and nil unless he were included in the presidential debates, so Rick decided to take on that project. He moved to Washington DC, opened an office in a local coffee shop, and within a week had been banned from the entire building where the Commission on Presidential Debates had its tiny little office. Too much sand in the works, you might say.

After six weeks discovering Washington DC really is a viper pit Rick came back to Iowa with a different set of tactics. Shortly thereafter three of the ‘National Sponsors’ (who never actually put a nickel into the pot) withdrew their ‘sponsorship’ (note the three blank spaces in the sponsor list), and news was made. It was the first time any sponsor had ever pulled out of the presidential debates.

The wall had a crack in it. In the end Rick was unable to persuade any of the remaining seven ‘National Sponsors’ to withdraw, but the thrill of the hunt, coupled with his disgust with the prey, persuaded Rick there was a lot more to be accomplished if he just put his mind to it. Neither the Republicans nor the Democrats were particularly clever, they were just entrenched. Deeply entrenched, but not unbeatable, if voters are given an alternative.

So, after an Iowa senate seat became open to the best wo/man standing, he knew there was no way he could ride his bicycle for 3,000 miles on the Mississippi River Trail without driving himself crazy worrying about what the Republicans and the Democrats were going to do next to ramp up America’s hate affair with their politicians. He knew he had to stop them.

He decided to ride his bicycle 3,000 miles around Iowa instead, giving Iowa voters a unique opportunity to change our state and the world, for the better, by voting for an Independent. Along the route he was interviewed by close to 200 Iowa newspapers and learned an enormous amount about the political landscape in Iowa. He also acquired his famous trailer, which toured all 99 Iowa counties. Most unfortunately, although it was perhaps intentional on someone’s part, he was excluded from all three Senate debates, which he had to watch from the back of the room rather than from the stage itself. He was not impressed with the debaters, and his determination stiffened.

All that effort paid dividends, and Rick came in third out of six candidates. Unfortunately, the Republicans and Democrats still garnered too many votes, so Rick decided to join the Libertarian Party of Iowa, which perfectly aligned with his political sentiments.

In 2016 he ran for Linn County Sheriff on the Libertarian ticket and came in (a distant) second (which was also last), losing only to the incumbent. Along the way he learned how to spend (and waste) campaign money, a valuable lesson for future campaigns.

In 2018 Rick ran for Secretary of Agriculture on the Libertarian ticket and again came in (a distant) third. His most valuable campaign learning was how to obtain free interviews with Iowa TV and radio stations, a skill he has semi-mastered.

In 2020 it was time to run for U.S. Senator again, this time on the Libertarian ticket, a prelude to running for Iowa Governor in 2022. Third again, sigh. Fortunately there was a lot of learning to be had and Rick did his best to suck it all up. First – build a team. Second – fundraising is key. Third – never say die.

And now it is 2022. The campaign has accelerated as never before. A team is in place and, in spite of the Des Moines politicians raising the number of signatures needed to get on the ballot from 1,500 to 3,500 (one is tempted to use the words ‘for spite’), that job is done. A team has been built and, in spite of not having found a viral tweet master, or a magic million dollar donor, the machinery is in place to break through the castle walls the incumbent parties have built to keep out the barbarian intruders and their dangerous libertarian ideas. You’ll hear from Rick. He shall overcome.